The old adage that in politics perception is reality hold true all too often.  Evidence based opinion is often overwhelmed by confrontational bias related to tribal beliefs, priority interests or just plain sloppy thinking.

All of these are alive and well in the Alberta citizenry these days, especially as related to perceptions of Alberta’s economic performance.  The KenneyCon supporters seem intent on denying or ignoring the positive facts about the end of the recession and the obvious road to recovery Alberta is experiencing.  They insist that Alberta’s economy is in terrible shape  when almost all the evidence proves otherwise.  The most obvious proof is this StatsCan data below.

The Alberta economy is growing faster that any other province.  You would not be lead to that conclusion if you were to only listen to or choose to believe the inaccurate and misleading political messaging from Opposition Leader Jason Kenney. 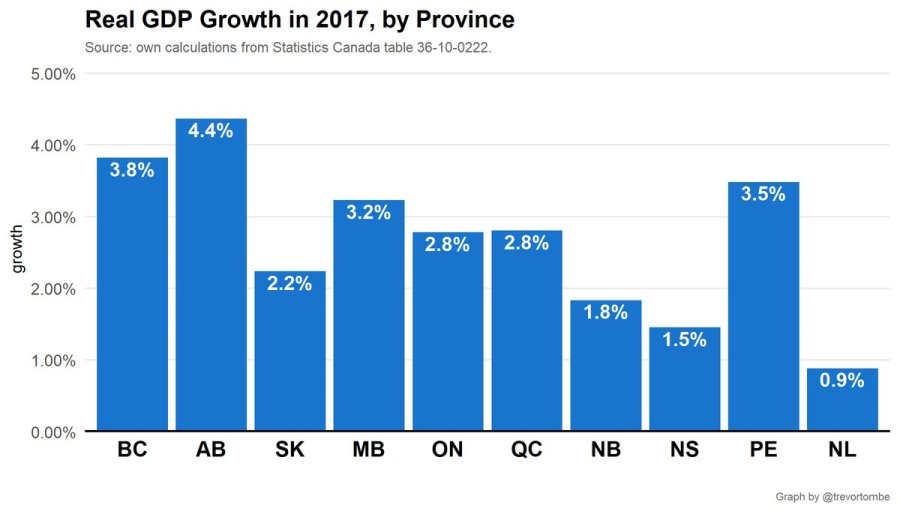 There is still a challenging level of unemployment, especially in Calgary, where much of the KenneyCon urban support is centralized.  The recovery in the big guys in the energy sector is recovering with spectacular profits even with low oil prices.

Cost control is still a dominant business goal in the energy sector.  The old-time greed, waste and poor project execution of the past has been pretty much squeezed out of the systems and supply chains. That means there are not the number of extremely high paying energy sector jobs in Calgary like before.  Those who are being rehired are not getting the excessive rates of compensation as before.  So naturally their perceptions are that the economy sucks and they blithely ignore the mounting evidence to the contrary.

This recovery is not like the boom and bust cycles of the past.  Many struggling businesses and sidelined energy sector workers are used to the boom and bust model.  They are frustrated, and in some cases angered,  by the need to take a more steady-as-she-goes approach to business in the new economy normal of “lower for longer” recovery patterns this time.  Those who have accepted the new reality and have adapted to it are busy, growing again and getting better bottom line by investing in productivity improvements and innovations.

Political beliefs come into play when you see how mistaken Albertan’s perceptions are on the relative strength of provincial economies.  Abacus Data did a recent survey of Albertans and that relative perception was one of the issues they studied.  Surprisingly Albertans, with all evidence to the contrary, believe we are significantly under performing compared to other provinces and Canada as a whole. 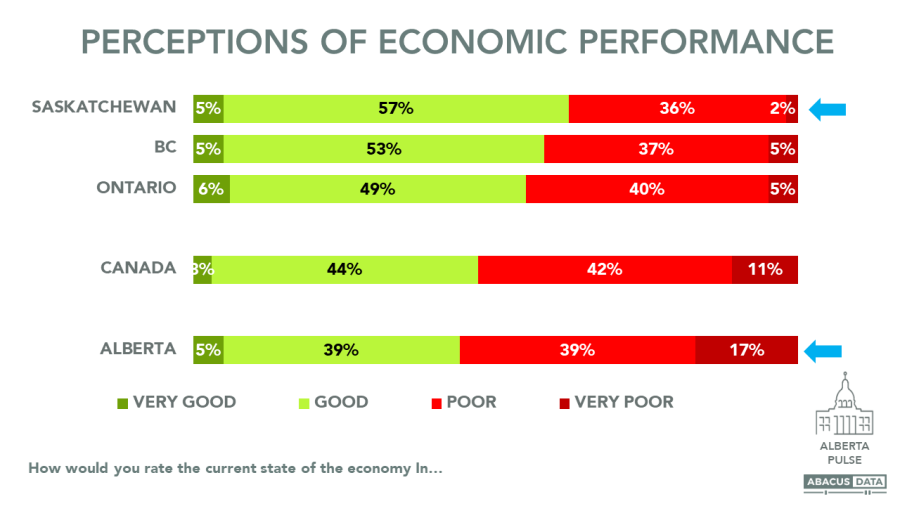 Alberta’s GDP growth is by far the best in the country yet Albertans perceive our economic perform ace to be the poorest with 17%, that’s about 1 in 6 Albertans, who perceive our economic performance to be “very poor.”  Is part of this attributable to cognitive dissonance in politically aligned or purely partisan Conservatives who just can’t bring themselves to accept that Alberta’s  economy can grow under an NDP government?  Do they resolve that tension by denying the truth about the economic growth and presume the grass is greener anywhere else but here…as the above graphic indicates.

Mistakes Are Made But Not by Me!

No matter how you cut it these people are simply wrong.  That said when did facts and evidence ever displace strongly held beliefs or self-affirming myths?   That is the reality of much of the disdain for the Notley government by the old economic model true believers that growth is good, regardless of the social, environmental or long-term costs.

So they hang on steadfastly to these mistaken beliefs that get constantly reaffirmed by the misleading political rhetoric of the Right-wing United Conservative Party.  They dream of building a better yesterday while the world continues to move past them, and us if they form government. 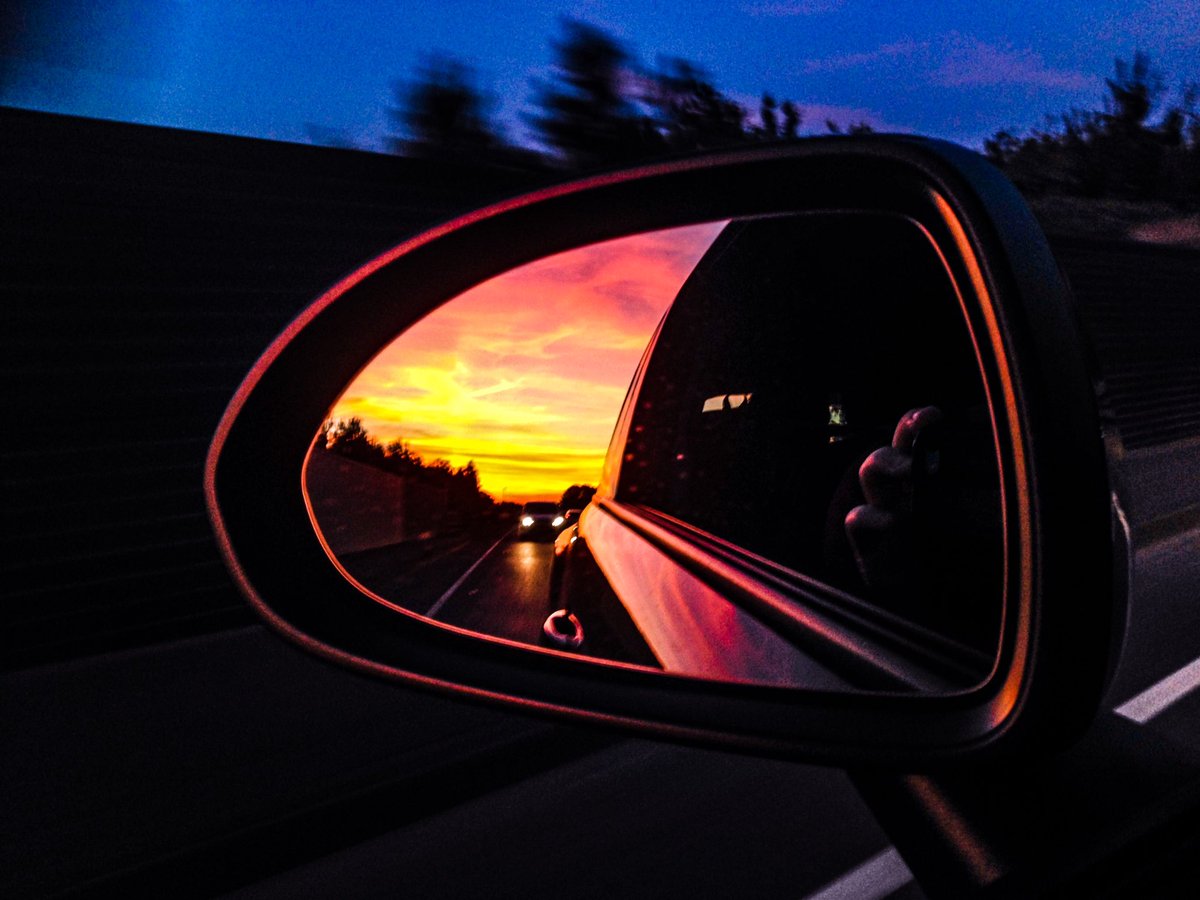 The UCP thinks we can face the future by looking backwards and seeing the world from a rearward mirror.  There are ignoring the emerging mental models of collaboration and oblivious to the impacts of exponential technological disruptions that are making everything  change and at faster rates than ever before in human history.

The Alberta economy is bound to be a dominant issue in the next election. The UCP is committed to repeat the regressive Klein era errors of the so-called Alberta Advantage.  It was mean and a means to ensure Alberta continues to be noncompetitive.  We have declining capital investment as enormous amount of cash sits on the sidelines.  Alberta businesses have very poor productivity levels and are laggards in innovation.
Our entrepreneurs are all-to-often clinging to out-dated business models that are less adept and adaptable to rapid change.  We will be less inclined and increasingly unable to deal with the extensive, expansive and accelerating rate of change that abounds in the real world.

The Kenney concentration of a revival of the wrong-headed Alberta Advantage starts us in a race to the bottom; but it doesn’t stop there.  If he takes power in the next election and delivers on his regressive promises Alberta will continuously decline.  We will spiral down until all possibility of creating an Alberta that is capable of correcting our course  towards a genuine, responsible and  sustainable prosperity.

This site uses Akismet to reduce spam. Learn how your comment data is processed.

Some Perspective on Federal Government Actions on Alberta Energy Issues